Gretchen Reynolds (New York Times) writes about the science behind the links between physical exercise and good mental health. Not just weight-lifting, fell-running or five-a-side football, any physical exercise can help.

For instance, older women who regularly stroll for two miles per day (4000 steps) live longer than those who stroll just one mile or less. Even regularly rising from the chair, at home or in the office, seems to make people happier.

Find the article on The Independent’s consistently high-quality site:https://www.independent.co.uk/health_and_wellbeing/exercise-trends-2019-mental-health-ageing-walking-running-a9268926.html

Professor David Knutt, prominent neuropsychopharmacologist, has stated clearly what some of us have believed for a long time: alcohol is Britain’s most dangerous drug, by far: https://www.bbc.co.uk/news/uk-11660210 His claim is backed by hard, scientific research, undertaken by The Independent Scientific Committee on Drugs. Its findings can be read in the medical journal, “The Lancet”.

Many, including some in government and those with links to the powerful alcohol industry, will not want people to listen to Professor Knutt’s claim, or to read the scientific evidence. Perhaps there are parallels between our society’s relationship with alcohol in 2020 and its relationship with tobacco in 1960, say. The truth was out but a lot of powerful people spent a lot of time and money attempting to suppress that truth.

Today, of course, smoking tobacco remains legal in Britain. Its dangers are universally acknowledged, however. The truth has a habit of emerging… eventually. 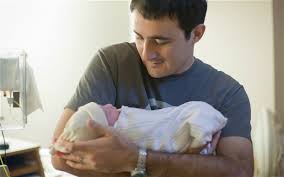 Research by the NCT, coinciding with Father’s Day, has revealed that over a third of new fathers are worried about their mental health: http://www.nct.org.uk/press-release/dads-distress-many-new-fathers-are-worried-about-their-mental-health

One of the main reasons behind these findings is men’s unwillingness to talk about their feelings. This unwillingness is understandable – many men have been taught, from a very young age, that there is something “unmanly” about sharing feelings, or even having them in the first place.

A strategy of “keeping calm and carrying on” may sometimes serve men well. But when “manning up” just doesn’t seem to be working – for instance, during the period immediately before, and after the birth of a child – more men need to follow another well known piece of advice:

(Wasn’t it well-known Cockney geezer, Bob Hoskins, who said that?)